PERFORMS The Marshmen "Live on the Fuckin' Moon" LP 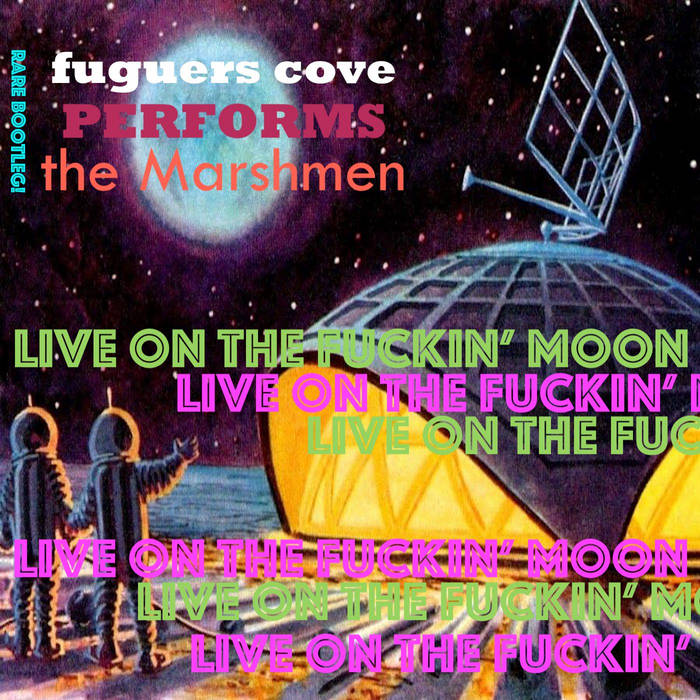 This recording captures The Marshmen's one & only live performance, in 2016, which took place on the Earth's one & only moon.

They were invited by the Moon Rock Brigade, who flew them out on a low-cost shuttle and housed them in the moon hostel.

The Marshmen played a sold out show in a bubble to several thousand screaming moon people.

It was an unforgettable experience. fuguers cove -- The Marshmen's surrogate & doppelganger -- was there to document (and perform) the whole thing.

If you are confused by any of this, send questions to: fuguers.cove@gmail.com