In Twenty (A free sampler) LP 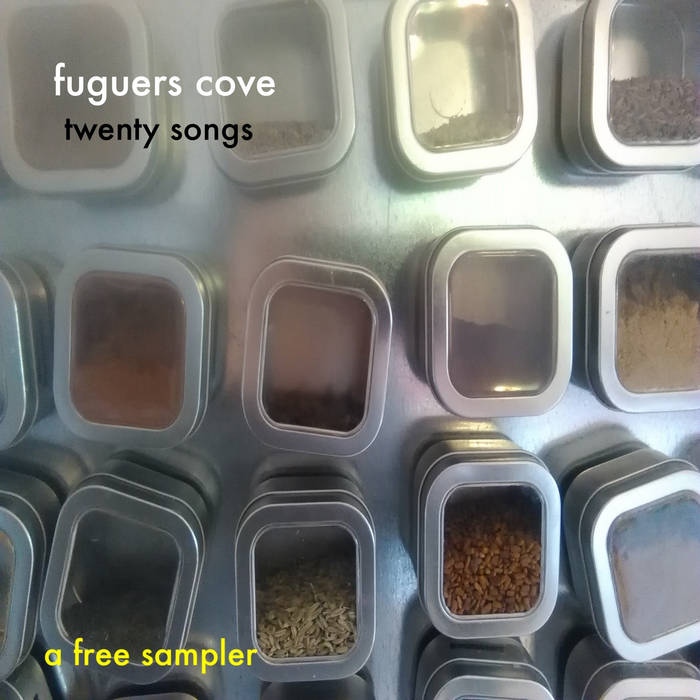 Are you interested in attempting to understand what fuguers cove is all about, but find the discography daunting?

Want to listen to a record but can't figure out where to start?

Do you like jalapeño poppers, buffalo wings, AND loaded potato skins?

This sampler is the answer.

If you like what you hear here, check out our discography.

If this sampler doesn't do it for you than fuguers cove ain't your thing.

fuguers cove got some mid-summer kudos from the Weekly Alibi​ for our latest sampler LP "In Twenty":

"Much like Bee Thousand, there’s too much delicious stuff on this recording to list all the fabulous flavas, but please put your ears into action for these, at a minimum, playaz: “Encyclopedia of Stars,” “I Choose the Moroccan Dance,” “Colonel Cactus” and “The Fuel Burners.”"